Of the millions of moments you live in this beautiful life, you never know what moments are going to remain with you. Often the things that stick are small things, moments you’d never peg as being important or memorable at the moment you’re immersed in them. And then one afternoon twenty years on, or thirty or forty or even fifty years drift past, and you catch yourself daydreaming once again about the Saturday afternoon your father took you with him to the place where he worked. ~ Stuart Mclean, Love Never Ends

Stuart wrote these words many years ago, and they capture perfectly what I’ve been experiencing since his passing one week ago.  Everything reminds me of our time together - smells, moments, sounds, photos.  His voice, those kind eyes.

His death hit me hard, and it hurts more than I ever would have expected it to. As the country mourns the loss of someone who spent every Sunday afternoon in their homes and on the radio, as Canadians come to terms with the fact that he’s gone, I’ve been quietly remembering and saying goodbye to someone I grew to admire and love, someone I turned to when most in need, and someone who helped lead me through the darkest moments of my life.

I was out of the country when news broke of Stuart’s death, news that made it feel like everything was crashing down around me. Ellen was away with me, and I was glad to have her there to share in our private grief, for Stuart meant almost as much to her as he did to me. I was glad not to be in Canada during that time and the days afterward – I didn’t want to hear tributes on the radio, I didn’t want to see his face in the news. I simply wanted to have him and my memories of the times I spent with him to my own – I wanted to remember Stuart the person rather than see tributes to Stuart the celebrity.

Stuart was someone I turned to often when I needed someone the most, especially during the early days of Isaac’s diagnosis. It was Stuart who reached out to us first when Isaac landed on the front page of The Globe and Mail, our national newspaper in Canada. I opened my email to note from him that read “It occurs to me that you’ll need a place to hang your hat when you come into Toronto (for Isaac’s many appointments). I’ve made you a key to my place, come and go as you need.”

Ellen and I were young kids at the time, coming to grips with the devastating diagnosis of our son that would change our lives forever. We’d almost never been in the big city, and we were struggling to make ends meet at home, as most young couples do who are just starting out on their own. Stuart’s offer was kind and sincere, and it saved us stress and money at a time when stress was plentiful and money was not. When we stayed with him, he cleared out of his master bedroom and moved into the smaller guest room, sacrificing his space to make sure we were most comfortable. He was like that – selfless to a fault, always, to anyone in need. 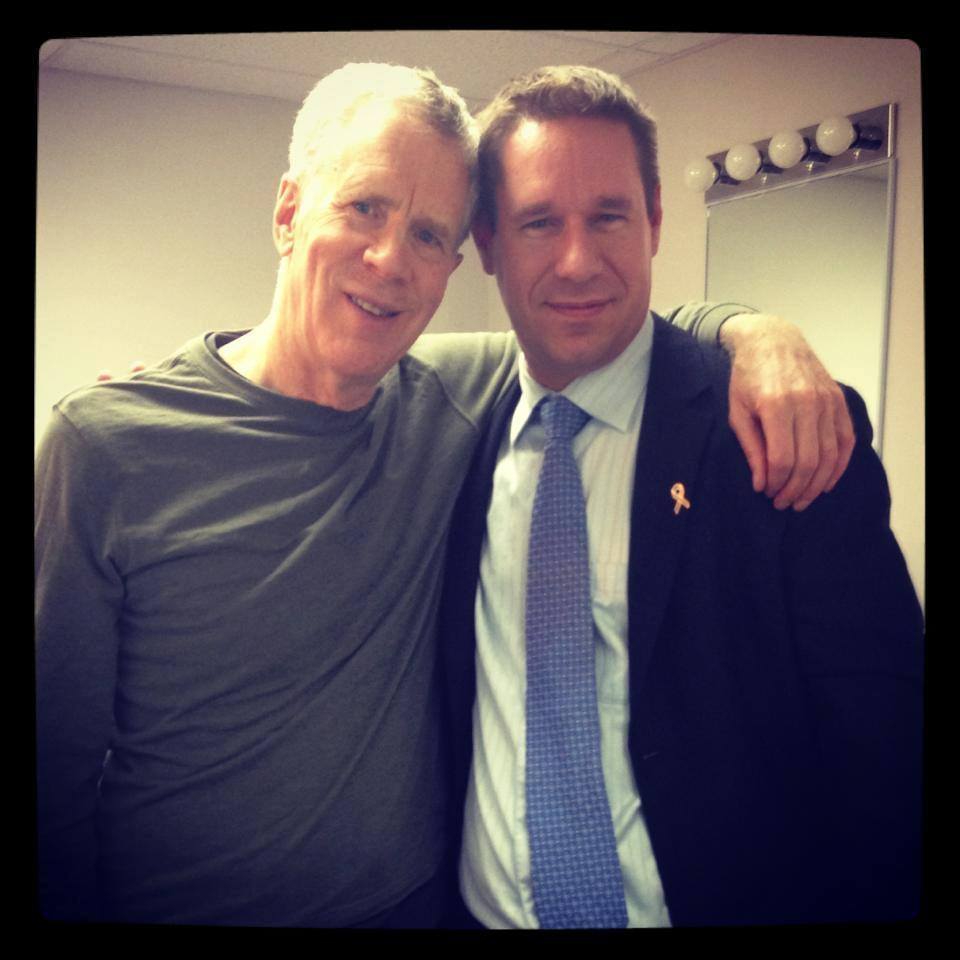 In the years since those early days, Stuart’s always has been here to talk with, to provide advice, and to help guide my way. I’ll always remember calling him from the hospital one evening after getting some concerning results from the specialists about Isaac’s spine. It was late one evening and they wanted us close so they could confer with more specialists in the morning. I called Stuart, clearly upset, and he told us to travel down to his place – a new home he’d purchased and one we hadn’t spent much time at yet. We arrived late in the evening – near midnight – and put Isaac to bed up in the guest bedroom. Stuart had ordered us some Thai food, poured us some red wine, and spent the night talking with us, letting us know all would be well, and being the friend we all would need during some difficult moments. It was spur of the moment, but he dropped whatever he had on to make this happen for us. We left the next day feeling lighter, feeling better, and ready to get back in the trenches for our son.

I have countless moments like this that I could share with the world. My most memorable – and by far the moment that changed my course and my mission to find a cure for my son – came in Belleville, Ontario. We’d just got some bad news about Isaac that I was having trouble coping with, and Stuart happened to be close by doing a show in Belleville. I dropped over to visit with him to seek his advice and to simply talk to someone about how devastated we were. After the show, we sat together. He listened patiently (though the bus was long since ready to depart with everyone on board) while I told him what new challenge we were faced with. When all was said and done, he simply told me that everything was going to be ok. Very matter of factly, he said “Everything always works out in the end. And if it doesn’t, then it’s not the end.” I’ve lived each day since with that as my mantra, and I’ve shared it with the many patients and families I’ve visited throughout the years. It’s a message I live by and come back to when things are tough. Everything will work out in the end - I truly believe that now - and I’ll never forget that wisdom he gave me when I needed it most.

Anyway. He taught me anyway. Not anyways! I was leaving his house one day and transitioned with “Anyways, I better get going.”  He followed me out to my car and said “It’s anyway, not anyways. If I’m going to mentor you, we’re going to start with ANYWAY. Gzowski did the same thing to me long ago, but he did it on live radio for everyone to hear!”

He taught me to teach my students about the beauty of a story, not the symbolism or imagery.  When he agreed to let me do The Educator’s Guide to the Vinyl Cafe, he said just that “Yes.  Do it.  But don’t talk about symbolism or imagery.  We can’t do this if that’s the focus.”  I took that with me into the classroom, and made it the focus of the novels I read my kids - Black Like Me, To Kill a Mockingbird, A Separate Peace.  We talked story, we talked message.  We talked how beautiful each piece was, and left the imagery and symbolism for others.

Isaac and Gabriel’s Christmas Message to Stuart and Jess - December, 2006.

My god, how dearly I’ll miss him.

I’ll miss the messages he’d send telling me what he was listening to at the time. “Listening to Cripple Creek by the Band” or whatever was playing at home while he was emailing. I’ll miss him messaging from a yoga retreat when he was supposed to have left technology at home.

I’ll miss all the things he taught us. When talking with Ellen about all of those lessons, her favourite was that it was OK to swear in front of the kids. Which he did. Often.

I’ll miss his kindness. He’d send books to my friends who were going through challenges – a full signed set and some CD’s to a friend’s father who was in the hospital and battling cancer, whomever was in need, so long as it would be helpful. When I told him about one of my students who lost his mother to cancer and needed a bit of a boost, he not only met with him but took him out on the road for a few weeks to help sell merchandise on the tour. Stuart didn’t need the help, and I’m sure he didn’t need to look after a 14 year old kid on the road. But he knew the kid needed someone, needed some guidance, and he looked after being that person.

I’ll miss talking to him via email, long conversations that last the day – with one or two lines being exchanged and sent back and forth for hours. One of those times was when I was talking about my father, and how I thought he was now living in a van in BC, homeless (and for all I knew, struggling). Back and forth we emailed, him asking questions, me filling in the empty pictures in his mind about it all. He took that day and talked about it on his radio show, as he did occasionally about things we shared together.

We talked via email about God, and about someone watching over us (or not), when another one of my student’s Mom passed away – again from Cancer. We talked big ideas, small ideas. Silly ideas. Repeat.

We talked Dief and Sir John A. McDonald one day. I took that back and forth and included it in a blog entry that you can read HERE:

For all he gave to me, I tried to give back to him. It was Stuart I emailed each father’s day to send my love and thank him for being someone in my life when I needed someone most. I didn’t have a father figure in my life growing up, and I saw him as someone I could rely on in times of need. I’m glad I told him what he meant to me. I told him again via email the day before he passed away – I was on a plane to San Diego and had some urge to simply let him know, once again, how much he meant to my family and me.

My favourite memory of Stuart will always be the time that Ellen and I put a garden in at home for him as a surprise – we turned over the soil, planted it entirely, and waited for him to come home from his tour. He loved it, and sent a lovely card to let us know how much he loved watching the birds come and go, how much he loved his new garden. He sent another one a few weeks later letting us know how the garden was still lovely, but how it’s led him to develop a obsessive hatred of squirrels!

In that garden, I planted a batch of Trillium, our provincial wildflower, and one I told him I wasn’t sure I was allowed to dig up or transplant. I was sure it was against the law.  I told him to keep it quiet, which he promptly turned around and announced on the radio. I laughed when I heard this – knowing the flower police weren’t soon to turn up on my doorstep to take me in for transplanting wildflowers to his garden.

When I transplanted those Trillium, I brought a batch back to my own garden as well. When they come up each spring, I think about how happy they made Stuart during those early days of his garden but also how happy they make me each and every spring.

The Trillium is the harbinger of spring, the beginning anew, the nod to rebirth and regrowth. The Trillium symbolizes purity, beauty, and recovery. And for me, it will always mean something more. When my Trillium break through the soil in the Spring, they will always lead me back to Stuart, to his love and friendship, to the example he set for others, to the kindness he showed to all.

Thank you for your love and kindness, Stuart. Thanks for your guidance, patience, and everlasting hope you gave to our family. Thanks for pushing me to be a better me, simply by being you. You’ll forever be missed in our lives, but always remembered and honoured in all we do. 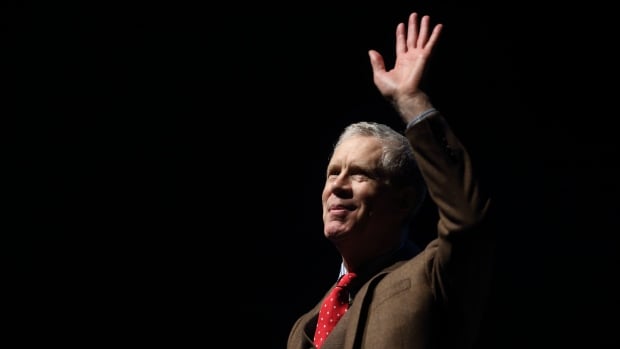